Shorts in a Bunch

- a neighbor sitting in the street under a sprinkler

- a pearl lodged in an ear

- rejecting "To Kill a Mockingbird"

- finding love in a cafeteria and outer space

- facts of the universe

- the 2016 debate between Donald and Hilary

in paper and e-book formats 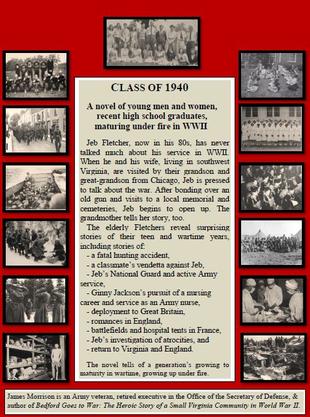 For readers who wish they knew more about the WWII experiences of family members and other loved ones and friends, the novel Class of 1940 will show to an extent what it was like for young men and women to serve in the military, and it may whet the appetite of readers to learn more.

Class of 1940 follows young men and women as they graduate from high school in 1940 and pursue careers until they are caught up in the war, the men entering the Army through the National Guard and the women becoming nurses and volunteering for the Army Nurse Corps.

Class of 1940 is a story of adventure, service, heroism, sacrifice, and love. 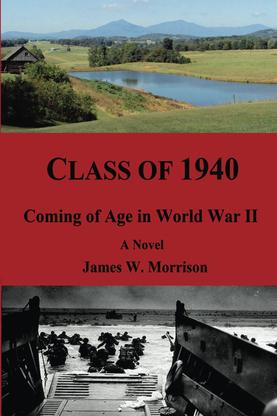 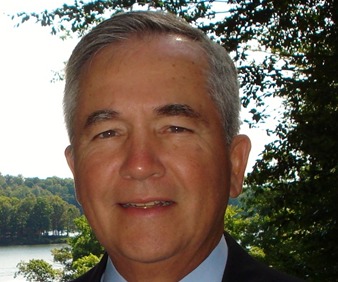 Shorts in a Bunch is a book of humor and insights in several genres. The amusing anecdotes are funny and embarrassing things that have happened to the author and his wife, such as coming across a neighbor lady sitting in the street.

Tall tales include finding love in a cafeteria and in a space station, an FBI agent losing his credentials, and a Russian spy on a lake in Virginia.

Essays range from facts about the

universe to living at Smith Mountain Lake in Virginia.

The histories include the military

Poems are about nature, writing, and other aspects of life.

The humorous plays are about a visit to a writers group, a crusty older couple living at Smith Mountain Lake, young

bass out looking for some action on the lake on a Saturday night, the image of Allen Greenspin, and the 2016 debate between Donald and Hilary. 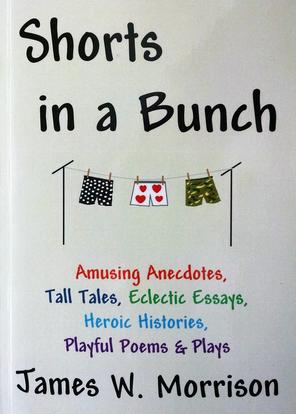 Order
Shorts
in a Bunch 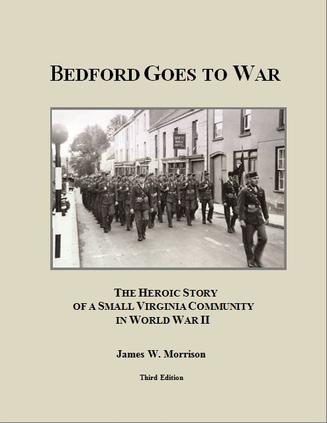 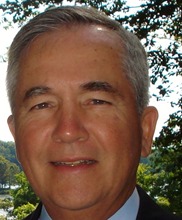 The experience of Bedford, Virginia, in WWII was similar to communities across America, with the exception of what happened to its former National Guard company on D-Day.  Bedford County lost 20 men on June 6, 1944, believed to be the greatest loss per capita of any American community on D-Day. The county, however, lost over 140 men throughout WWII.

Readers of Bedford Goes to War will learn of the many challenges American communities faced during the war, both on the home front and with respect to those serving in the armed forces.

Bedford Goes to War covers all aspects of the wartime experience, in depth for one special community, based on in-depth research. 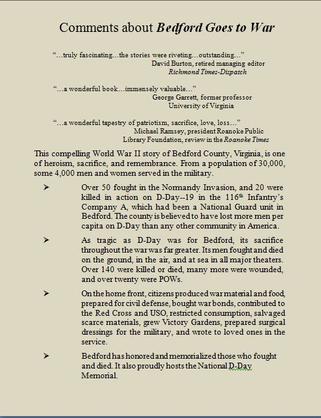